Automobile dealers are projecting a modest increase in the number of new vehicles that they will sell in 2018. This is despite the huge number of new cars that will be taken up by the Government under the leasing programme as well as resumption of spending by private sector.

The industry expects to start recovering from last year’s slump but sales are projected to go up by a meagre two per cent to 10,973 units in the course of this year, compared to 10,722 sold in 2017.
Dealers sold 19,523 units in 2015, a bumper year for the industry. Over the first four months of 2018, the industry has already experienced a 13 per cent jump in sales, according to data from Kenya Motor Industry (KMI) Association. Among the factors that pushed sales include the Suzuki Alto locally marketed by CMC Motors and whose numbers on the Kenyan roads have been on the rise. 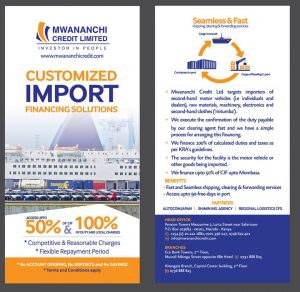 This comes after a partnership between the motor company and Uber Kenya where the auto dealer was to import 300 Altos and sell them to drivers contracted by the taxi hailing firm. The cars are sold at Sh835,000 with Stanbic Kenya offering finance to buyers. During the first four months, CMC registered the largest growth, increasing sales by 69.77 per cent to move 474 units compared to 280 over a similar period in 2017. Other auto firms that posted good growth include Tata (66.77 per cent), Toyota (41.9 per cent) and Fuso (31.6 per cent). Dealers that saw a big drop in sales include Simba Colt (41 per cent), Hino (35.5 per cent) and Isuzu East Africa (6.98 per cent).