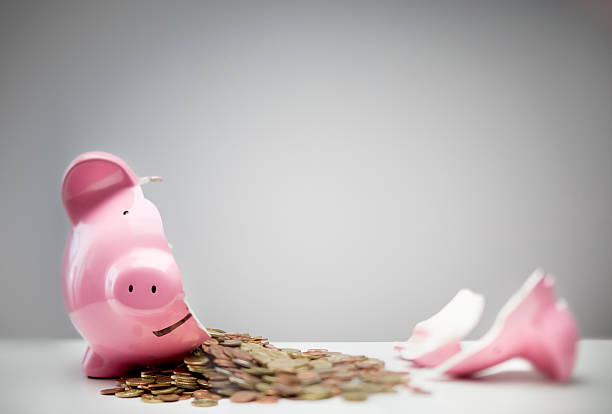 Here are five money mistakes they tend to make, and that you need to avoid if you want your hard-earned cash to serve you well in the long term.

1. Spending every coin in the name of spoiling yourself

It is exciting to finally have a source of income, and the temptation to spoil yourself is real. This is okay if it’s short lived and well spread out. It becomes a problem when you decide to spoil yourself month after month. Don’t spend more than you earn might sound cliché, but many people ignore it totally. Don’t confuse wants and needs. Go slow on spending and instead develop a culture of saving right from your first job. There’s no income that’s too little to save, so don’t wait to earn a better salary to begin putting some cash aside. Learn to budget and don’t spend on items that are not in your budget, even if the offer looks good. Finally, keep just enough money in cash and bank or invest the rest. Don’t carry around extra money or credit cards as you’re likely to get tempted to buy stuff you don’t really need.

Buying products on credit is a major money mistake that can mess up your finances. If you don’t like your outdated cellphone and there’s a limited offer on a really nice phone, then budget for it. Don’t get tempted to whip out your credit card or apply for a mobile money loan because borrowing is hassle-free. Train yourself to save or explore ways to earn an extra income if you need to buy something. Don’t get it now and pay later. Work hard to afford it.

3. Investing blindly We all know how important it is to diversify our sources of income, but if you’re not careful, it’s easy to lose money while trying to do so. You want to start a side hustle to find a secondary source of income?  Good idea, but don’t rush into it blindly. A business that you’re ill-equipped to operate can bleed you dry, leaving you broke by the time of collapse. Do your research if you want to get into a particular business or line of investment. Don’t commit your money to something simply because your neighbour, colleague or relative has succeeded in it. Find out all you can about it and get the views of different people. Listen to both success and failure stories so that you get a true picture of what you’re getting into. Start small, grow and keep your overheads low. Do frequent evaluations and know when to close a non-performing business or sell a stock to cut further losses.

Trying to impress people by acting rich is a major money mistake. You might feel great when people admire your fancy new car or get impressed by your area code. However, castles that you build on sand will come down sooner or later, causing you great pain. If you can’t afford to drive, eat at certain restaurants or live in a particular neighbourhood, then don’t. Do not mess up your finances simply to keep up with friends or colleagues. It’s not worth the future pain. Remember, if you spend money on things you don’t need, a time will come when you’ll have to make do without the things you actually need.

5. Supporting dependents when you can’t afford to

You now have a source of income and it feels great – but before you get too comfortable, keep in mind that you haven’t reached your destination just yet. You have just started the journey to financial independence, which is going to take time, probably decades. Don’t get tempted to become the go-to person for all your struggling relatives and friends. Build your house first before you invite others to share it with you. Save and invest so that you secure your own future before you focus on solving the problems of others. Use the profits from your investments to support others rather than using your active income, which can be halted at any time by the actions of someone else. A lot of dependent people have the capacity to earn an income, but unfortunately, someone else enables their idleness, denying them the opportunity to exercise their creativity. Empower your dependents instead of enabling them. Help them explore ways to help themselves rather than relying on handouts from someone else. You can also partner with your dependents in ventures that you finance instead of just giving them money.