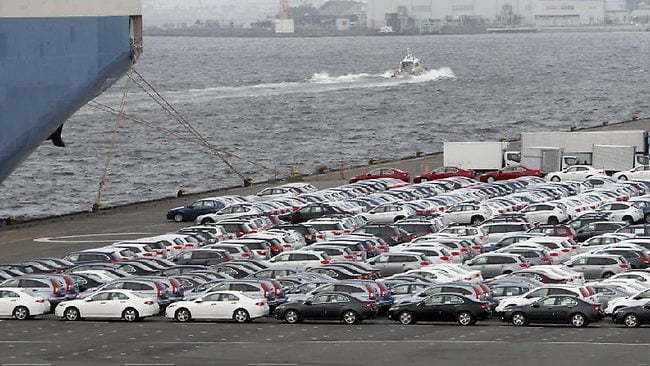 Transport regulator has opened talks with the Kenya Revenue Authority to release used cars from the Mombasa port without number plates following a supply hitch at Kamiti Maximum Security Prison.

The National Transport and Safety Authority (NTSA) is engaging the taxman to allow cars leave the port without plates and for the importers to use the third identifier stickers for clearance.

More than 4,000 imported second-hand vehicles are lying at container freight stations (CFS) in Mombasa since October 18, and owners are being charged Sh. 3,000 daily for delayed clearance.

The shortage of the plates is attributed to lack of raw materials for production amid an increase in demand for car registration.

“I have asked the director-general to call the Kenya Revenue Authority (KRA) so that the vehicles can be released using the third identifier sticker as their owners await their number plates,” said Ms Githinji

The stickers are usually fixed on windscreens bearing discrete and covert features of the vehicle registration, ownership and inspection details.

Commercial vehicle owners normally pay Sh 700 to acquire the e-sticker, which come loaded with each vehicle’s details, including the number plate, model and chassis number.

It is mandatory for imported second-hand vehicles to be fitted with number plates before leaving the port.

The rule does not affect new vehicles imported by franchise holders who offload and bond the units in customs warehouses awaiting sale.

The rule is meant to check tax evasion through dumping in the local market cars meant for landlocked Uganda and Rwanda.

The NTSA wants the stickers to be used now for clearance to ease the backlog, arguing the prisons department will need time to sort the raw materials supply hitch.

Dealers said the shortage had hit them hard as they were forced to incur storage charges at the port amid cash flow hiccups due to delays as some are servicing loans.

The storage charges are based on the volume of vehicles and the number of days they take at the Mombasa port or at container freight stations.