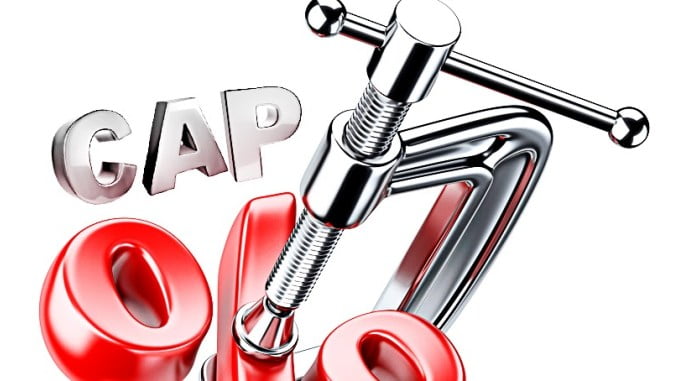 The Government’s decision to deny banks a free hand in deciding the cost of loans may not have been as devastating as your bank had painted it. Banks expanded their loan book at a slow pace, locked out millions of borrowers they perceived as risky even as others resorted to staff retirement schemes and closure of some branches.
But Weekend Business can authoritatively report that the financial results of 40 banks for the year ended December 31, 2017 show the sector’s net profits dropped by just 2.9 per cent or Sh3.1 billion.
Ten banks even defied the impact of interest rate cap to post growth in net profits in a year that banks had portrayed as an apocalypse for the sector. However, an analysis by Weekend Business shows banks increased fees and commissions to grow their non-funded income and increased their investment in government securities. This significantly shielded them from the reduced interest on loans and advances to customers. While income from loans and advances to customers had shrunk by Sh19.4 billion to Sh291.8 billion from Sh311.2 billion in 2016, banks found solace in putting more money in treasury bills and treasury bonds as government’s appetite for domestic debt increased.
Banks pumped more money in government paper raising additional interest income of Sh14.12 billion compared to the previous financial year’s performance. For the eleven listed banks alone, investment in government securities grew by 22.2 per cent, outpacing loan growth of 6.1 per cent, showing increased lending to the government by banks as they avoided risky borrowers. In 2016, the 40 banks had a total interest income from government securities of Sh96.3 billion. However, that grew to Sh311.2 billion reflecting increased investment in government paper despite the price of T-bills and T-bonds being lower than in 2016. Equity Group CEO James Mwangi said the bank found itself attracted to a “very rational temptation” to invest significantly in government securities as government continued to issue infrastructure bonds with tax benefit.

The bank grew government securities portfolio by 27.2 per cent from Sh100.6 billion to Sh128 billion pushing treasury contribution to total income from 16 per cent in the previous financial year to 25 per cent. “This is income without recourse because there are no provisions,” said Mwangi who admitted that the loan accounts during the year dropped by about 700,000 as the bank opted to lend to only borrowers whose risk was within the capped rates. His bank overtook the largest lender by asset base, KCB on interest income from government securities. In the year under review, Equity’s income from government securities grew by 70 per cent to Sh13.4 billion from Sh7.9 billion in 2016, making it the lender that got the highest income from this segment. KCB made Sh12.4 billion. Other banks whose income from government securities grew significantly were Credit Bank (+50 per cent to Sh252.8 million), NIC Bank (+39.5 per cent to Sh5.2 billion), National Bank of Kenya (+27.9 per cent to Sh4.2 billion), Bank of India (+21.5 per cent to Sh3.1 billion) and United Bank of Africa by 28 per cent to Sh156 million. To further recover the income lost from loans and advances as many banks slowed lending to private sector, they also introduced new charges to shore up income. According to a recently published study by Central Bank of Kenya (CBK), commercial banks increased or introduced new approval fees on loans to take advantage of the increased appetite for loans in the era of capped interest rates. “While the structure of revenue of the banks has started to shift away from interest income, some banks have exploited the existing approval limits to increase fees on loans in a bid to offset loss in interest income,” says CBK.

With such new or increased fees in place, bank’s share of non-interest income had increased from 12.4 percent in September 2016 to 15.2 percent by June 2017. Latest markets review report by Cytonn Investment firm, showed that for Nairobi Securities Exchange-listed banks, non-funded income had grown by 9.0 per cent by end of December last year. “(This) included fees and commissions growth of 13.3 per cent. This shows that banks are charging more fees to improve their income on loans above the rate cap maximum,” noted Cytonn. Data compiled by Weekend Business shows that in the financial year ended December last year, banks made Sh29.2 billion as fees and commissions. This was 13.44 per cent higher than the Sh25.8 billion in the previous financial year. Equity Bank toppled KCB to earn the highest amount of fees and commissions. Its income from loans and commissions grew by 33.9 per cent from Sh4.4 billion to Sh5.9 billion to overtake KCB which had 12.5 per cent growth to Sh5.2 billion. Despite a 7 per cent drop in interest income, Equity’s bottom line was up by 14 per cent to Sh18.9 billion supported by a 24 per cent growth in non-interest income. National Bank of Kenya (NBK) also posted a growth in profits supported by non-interest income. Fees and commissions nearly quadrupled hitting Sh141.6 million from Sh38.4 million in the previous year. Capital-constrained Consolidated Bank was also able to increase its fees and commissions by 58.5 per cent to Sh163 million. Victoria Commercial Bank, which mostly lends to corporates saw a 70 per cent rise in fees and commissions income to Sh153 million.

Only a third of banks had slight drops in loans and commissions income even as they slowed their loan book growth.  CBK report on the impact of rate cap reveals that banks chose to increase or come up with new fees as they had to find ways to survive the regime of interest rate cap. CBK notes that some banks increased appraisal fees for SME loans from 2.5 per cent to 3 percent of the value of loan. This means that for instance, applying for a loans of Sh50,000 saw banks charge SMEs Sh1,500. While before the rate cap, no loan insurance was required on overdrafts or local purchase orders, the introduction of rate cap saw some banks come up with Credit Life Assurance Policy (CLAP). Credit life insurance is a life insurance policy designed to pay off a borrower’s debt if that borrower dies. For asset-based financing, some banks started charging 2.5 per cent fee for purchase of new vehicles and 3 per cent for purchase of used vehicles. Before rate cap, this was at below 1 per cent. And while high net worth customers used to enjoy discounts on loan pricing, the onset of rate caps saw some banks drop such discounts. They started pricing all loans at four per cent above the Central Bank Rate. Initially, in a competitive environment, banks were not charging any appraisal fees on loans secured by customer’s own funds Fixed Deposit Receipts (FDR). However, some banks introduced 0.5 per cent appraisal fees on such facilities. The most drastic measures, CBK study observes, were witnessed in the mortgage loan facilities. Here, appraisal fees was increased from one per cent of the value of the loan for first time borrowers and 0.5 per cent for repeat borrowers to a standard fee of 2.5 per cent. In addition, a call deposit was introduced for all loans except for mortgage scheme facilities. Some banks also introduced site inspection fees for construction facilities.

With such fees in place, bank’s share of non-interest income has increased from 12.4 percent in September 2016 to 15.2 percent in June 2017. The net impact was that despite losing Sh19.4 billion from interest on loans and advances to customers, banks recovered Sh14.1 billion from government securities and a further Sh3.5 billion from fees and commission to overcome rate cap challenge. As banks gear up to the repeal or reform of rate caps by September if government will make good its promise to International Monetary Fund, their stocks on Nairobi bourse are bubbling up. According to NSE Chief Executive Geoffrey Odundo, banks have come up with new business models and the repeal of rate cap will only serve as an added advantage. “There was an expectation that banks will take a big hit based on the fact that a big proportion of their income is from interest income.” “But banks have been able to remodel their business and diversify to fee-based products. People are buying into that remodeling strategy. Rate cap review will come as an added advantage,” he said.