Mombasa is a coastal city of Kenya along the Indian Ocean. The city is known as the white and blue city in Kenya. It is the country’s oldest (circa 900 AD) and second-largest city[3] (after the capital Nairobi), with a population of about 1,208,333 people according to the 2019 census.[1] Its metropolitan region is the second largest in the country and has a population of 3,528,940 people.[1]

Mombasa is county number 1 (001) and is currently governed by the popular Hassan Ali Joho who is the first ever governor of the county under the new constitution. The county serves as the headquarters of the coast region majorly because of the port and the international airport which makes it a popular destination with tourists. 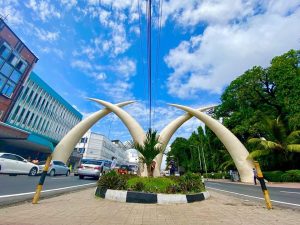 Mombasa is a regional cultural and economic hub; it has an extra-large port and an international airport, and is an important regional tourism center. Located on the east coast of Kenya, it also is the home of one of the State House (Kenya), and is considered by some as a second capital in all but name. In 2018 the local government released an edict in which the city was painted white with blue accents and the old town was painted yellow. 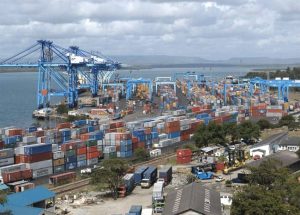 In Mombasa County and the former Coast Province, Mombasa’s situation on the Indian Ocean made it a historical trading center,[4] and it has been controlled by many countries

Mwananchi Credit Mombasa branch is located on the ground floor of Jubilee arcade building. Our branch serves the whole coast region offering quick loans to all residents. Anyone in Mombasa looking for instant loans can visit our branch which operates Monday to Saturday.

Mwananchi credit offers loans in just 6 hours to make sure your emergency’s are sorted on time. We are also the only company offering up top Ksh 25 Million to make sure we serve clients who would need large financing. Our repayment period is up to 24 months but can be flexible upon special arrangements.