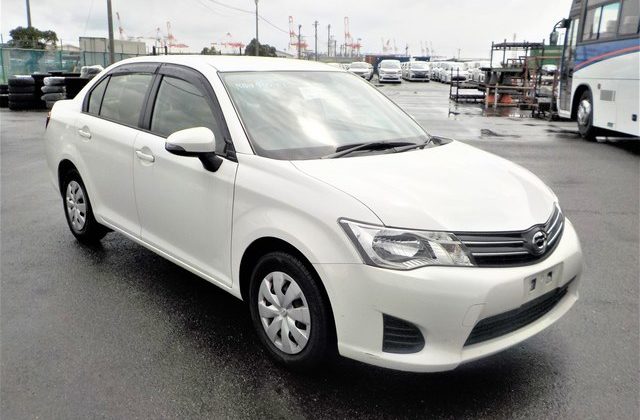 Toyota axio for sale in Kenya

Toyota is a car manufacturing company based in Japan and also one of the biggest automotive companies in the world. Toyota produces 10 million cars every year and the cars are distributed all over the globe. In Africa Toyota is the most popular automotive brand partly due to the affordability and how reliable the cars are. Toyota axio is one of the most popular car brands at the country . It is a saloon car that is both functional ,  efficient and affordable. Mwananchi credit offers import finance options for clients interested in this model at the most affordable interest rate in the market and upon payment of jus 20% deposit. 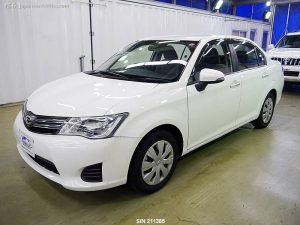 Axio for sale in Kenya

The Toyota axio which is the Toyota E 160 Model is widely sold in Kenya. Most of the car vending websites like cheki and jiji sell many of these vehicles which have become a favorite amongst many Kenyans.

Toyota axio for sale in Nairobi

In Nairobi you can easily spot the vehicle in many of the numerous car yards around. Places that have many car yards like Kiambu road and Ngong road have been known to stock a lot of this vehicle due to the high demand in the Kenyan market.

Toyota axio for sale in Mombasa

Most cars in Kenya are imported from the port of Mombasa and Toyota axio is also in that category. Most Kenyans prefer to buy the car from the ports as it provides a slight price reduction compared to the prices in other Kenyan cities. There is also a variety to choose from when purchasing the vehicles from Mombasa.

Used Toyota axio for sale in Kenya by owners

Toyota vehicles in Kenya have come to be known for their reliability and most of all durability. These vehicles are suitable for the Kenyan roads and hence they can be used over a long period of time. The second hand vehicle market in Kenya is booming as most people are unable to afford a new car. You can buy Used Toyota axio models for affordable price and the vehicle will still serve you for a long time.

The 2014 model of the car comes is a saloon with an automatic transmission system and petrol consumption plus a bunch of features that include, Airbags, Power Steering, Electric Windows, Electric Mirrors, Cup Holders, Anti Lock Brakes, Air Conditioning, AM/FM Radio, Alloy Wheels. 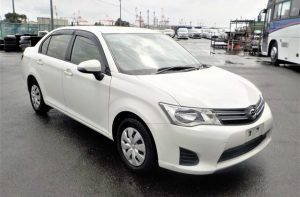 The 2015 model of the car which is the latest to hit the Kenyan market is an improvement of the earlier models and has brought a long several technological advancements to the popular vehicle. The model has a redesigned front and  has 4 doors, 5 seats and automatic transmission along with 1490 cc petrol engine. 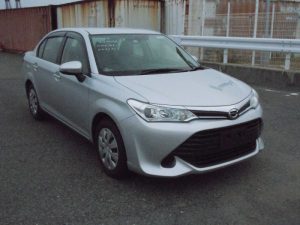 This small sized passenger car is a favorite family car in Kenya and its prices ranges according to year of manufacture, engine fuel consumption size and whether it is new or used. The car can be bought used from abroad, used in Kenya or Brand new ( zero mileage)  from either Kenya or abroad. 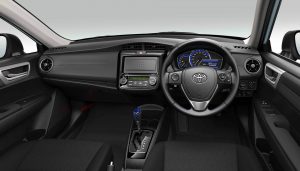 For transmission, some the 1500cc has a 5-speed MT, but basically Toyota Axio is equipped with continuously variable transmission Super CVT-i.

The 1.8 liter engine was developed especially for Toyota Corolla series. It generates power and torque of 100kw (136ps)/175Nm while still being eco-friendly and fuel-effective. 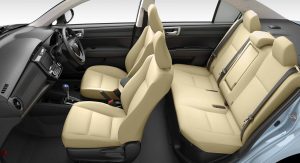 This model of Toyota is a very good car and has been proven to be very durable over the years. The car has performed very well on Kenyan roads.

How many cc is Toyota axio- h3

The axio comes in various variations. There is the 1500 CC option and the 1800 CC option.